The sun has always been worshipped with all humanity knowing that without light, there would be no life. Papyrus scrolls dating back to 1550BC and ancient texts, show that Colour Therapy healing has foundations as far back as the ancient civilisations in Egypt, India, China and even the lost Atlantis. They all constructed a mixture of special temples or chambers that were used to heal illnesses and disease with natural light, specific coloured rooms and crystals, some of which combined colour with Mandalas, chanting and meditation.

Throughout the middle ages, treatment of disease or imbalance of the body was led by the Doctrine of Humours. The Humours were represented by bodily fluids and astrological elements but also related to a particular colour and temperature. A Persian physician, Avicenna, wrote about the use of specific colours and their attributes to cure the imbalances within the humours of the body and accordingly prescribed coloured ointments, bandages and flowers in his treatments of disease. His methods of work were inspired by great philosophers and physicians such as Aristotle, Pythagoras and Hippocrates, who all documented theories of light and colour that are used in modern day. These were such things as the discovery of new colours when mixing two colours together and how light travels in waves. One of the best known physicians was Paracelsus, who used such things as colour, music and herbs in his remarkable treatments and complementary healing, most of which are again used in modern day.

The scientific founder of the coloured spectrum, its wavelength and vibrational frequencies, was Sir Isaac Newton. He experimented with passing sunlight through a prism and discovered that the light became refracted into the seven colours of the spectrum. He also found that a certain colour had a different angle of refraction and that by turning a prism upside down, all the colours of the spectrum would form white light again.

Hindu scientist, D.P. Ghadiali, formulated the principles behind the human body's organs having an adverse, stimulated or inhibited response, to the exposure of certain colours. He concluded that if a part of the body was not functioning properly, a specific treatment of colour could restore balance. 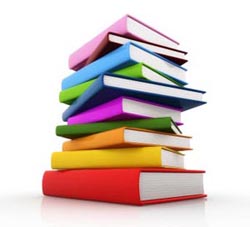 In more recent times, Edward Babbitt published a book called "The Principles of Light and Colour" where he described the healing effects of each of the seven colours of the spectrum and their attributes, which, in today's society, we associate with e.g. red stimulates the blood and blue calms it. He also invented devices such as the Chromalume, which involved the exposure of sunlight through coloured glass. This prototype and its methods are used today in the treatment of SAD (Seasonal Affective Disorder) or the use of coloured lamps.

There are also the Steiner schools, which teach the methods of Rudolf Steiner, an Austrian philosopher, who uses spiritual teachings through colour and how it is reflected in every stage of human development.

Colour Therapy became more widely used during the 20th century and is now a recognised complementary treatment which combines ancient wisdom and modern research, in various techniques, to treat the person in a holistic manner, and in particular to treat the cause as well as the symptoms of an illness or disorder.

Energy is the vital force of life. It is the source of every existing thing. It is a natural force of the Universe, which permeates everything from the smallest atoms and molecules to the largest planets and stars. It has the capacity of a system to do work, the ability to change things, and can be converted from one form to another.

Colour is simply light which is made up of different wavelengths and frequencies, together forming the electro-magnetic spectrum, which is energy that is visible to the human eye. Colour Therapy uses this visible spectrum of light and the colour's energies contained within.

The below image shows how we can only see about 40% of this electro-magnetic spectrum, that being the colours of the rainbow. This visible part, "colour" is what a Colour Therapist will use to correspond with the human mind and body's inner vibrations. We cannot see other parts of the spectrum like infra-red and ultra-violet light, which have scientifically demonstrable effects too, both good and bad.

The seven colours of the spectrum resonate to that of the seven major Chakras or energy centres of the human body. It is a well know scientific fact that everything has a vibration, so if your vibrations are off-kilter, specific colours are used to treat afflicted parts of your body in order to heal, harmonise and rebalance.

How does Colour Therapy Work?

The human body consists of a physical body and a dense collection of subtle energy fields vibrating at different rates. The subtle layers extend beyond the physical form and create a force field of energy and luminous colours, referred to as the human Aura or Auric field. When we are out of balance there can be too much or too little of a colour around us, which in time, will manifest itself as an illness or disturbance within the physical body.

The seven major Chakras (from the Sanskrit for "Wheel") are interpenetrated centre points through the body situated in a vertical line ascending from the base of the spine to the top of the head. They resonate with the frequency of one of the colours of the electro-magnetic spectrum. The Chakras are vessels of rotating energy that attract vital energy to flow in and out of the Aura, hence, energy is received by the physical body, distributed within it and exchanged within the environment.

Anatomically, each major Chakra is associated with a major Endocrine gland and organ, therefore these parts of the body also vibrate at sympathetic frequencies and a particular colour will correspond to the area of our body which has the same frequency.

If one of the Chakras becomes imbalanced, this would block the energy flow through the body and therefore manifest into mental or physical disease or illness. When we feel 'off colour' or ' washed out', this is indicative that parts of our body are out of balance and not functioning at their proper frequencies – they need retuning, just like tuning in a radio station so that it restores the signal loud and clear. Restoring the proper frequency through the use of colour and its associated attributes and qualities, causes a shift in energy and towards a positive direction to restore health. 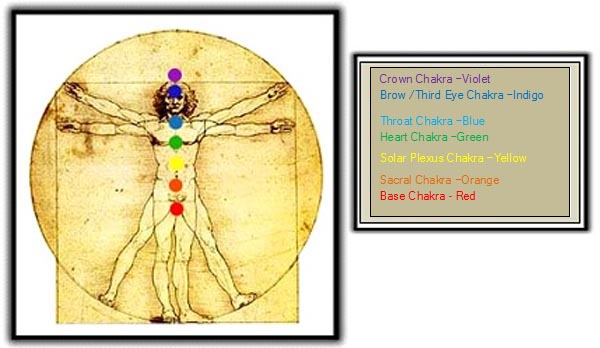